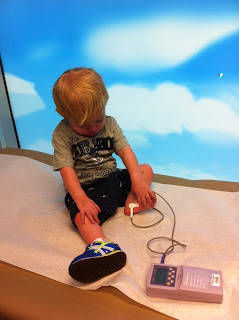 For Nicole and I, the news was hard, but we had prepared ourselves. The word "transplant" was an elephant that first entered the room back in June. It wasn't a major option at the time, but as the weeks progressed it began to look more and more likely.

We know a heart transplant won’t cure all of Holden’s issues, in theory it’s taking a problem and replacing it with another problem. The good news is that the problems that might come with a successful transplant aren’t nearly as bad as the issues he faces today. Since April, Holden has been hospitalized 7 times. We’ve watched him attempt small tasks, only to lose his breath and turn blue, looking as if he just ran a marathon. We’ve seen him struggle to keep food down and gain weight. We’ve watched his mood alter as his body tries to overcompensate for a struggling heart. Ultimately, it’s affecting his ability to grow and be a normal kid. If a transplant is what doctors feel will make his life better, we’re ready for the challenge.

After waiting a few days for a phone call, Holden was admitted to Shands Hospital at the University of Florida (Go Gators) for a transplant evaluation on Monday. (APH does not handle pediatric heart transplants).  The process will take a few days, so there aren’t a lot of answers yet, but the consensus seems to say that if Holden is a good candidate for a transplant (all early indications suggest he is), he’ll be listed sometime in the next week. There is no time frame from that point, it could be weeks, it could be months, but when we get that call we’ll be ready.

As for Holden? He's busy getting acclimated to Gainesville. (Still working on getting him an IV of red sauce from Burrito Bros.) Luckily, it’s a town that we are very familiar with. Nicole and I both went to the University of Florida and as we sit here and stare out the window of his hospital room, we can see the apartment complex that I grew up in less than 300 yards away. I was only a couple years older than Holden when we moved in there.

The Yellow Brick Road leads to Gainesville where the Tin Man will meet the wizard team and ask for a HEART. The Tin Man will power through and be given the chance to have that active and mischievous childhood that we all had. It is what he deserves.

We know the support from our family and friends will shine through, and when Holden comes home, we’ll all celebrate. It’s not often a kid can say he has two birthdays.

PS - Thank you Arnold Palmer Hospital doctors, nurses, and support staff. We are forever grateful for the role you have played, and will continue to play in Holden's life. 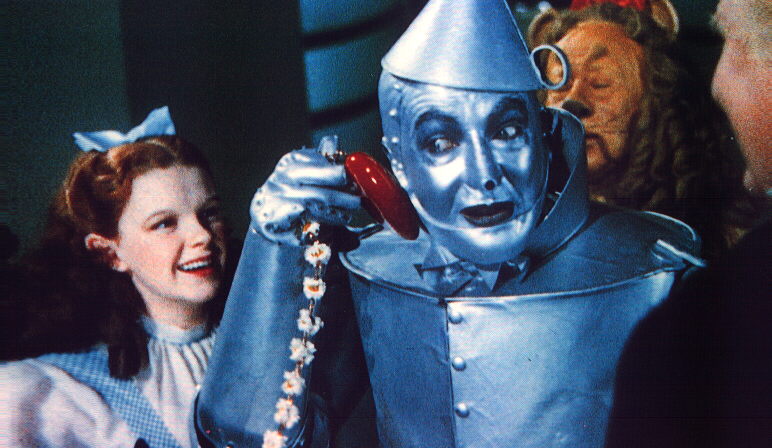