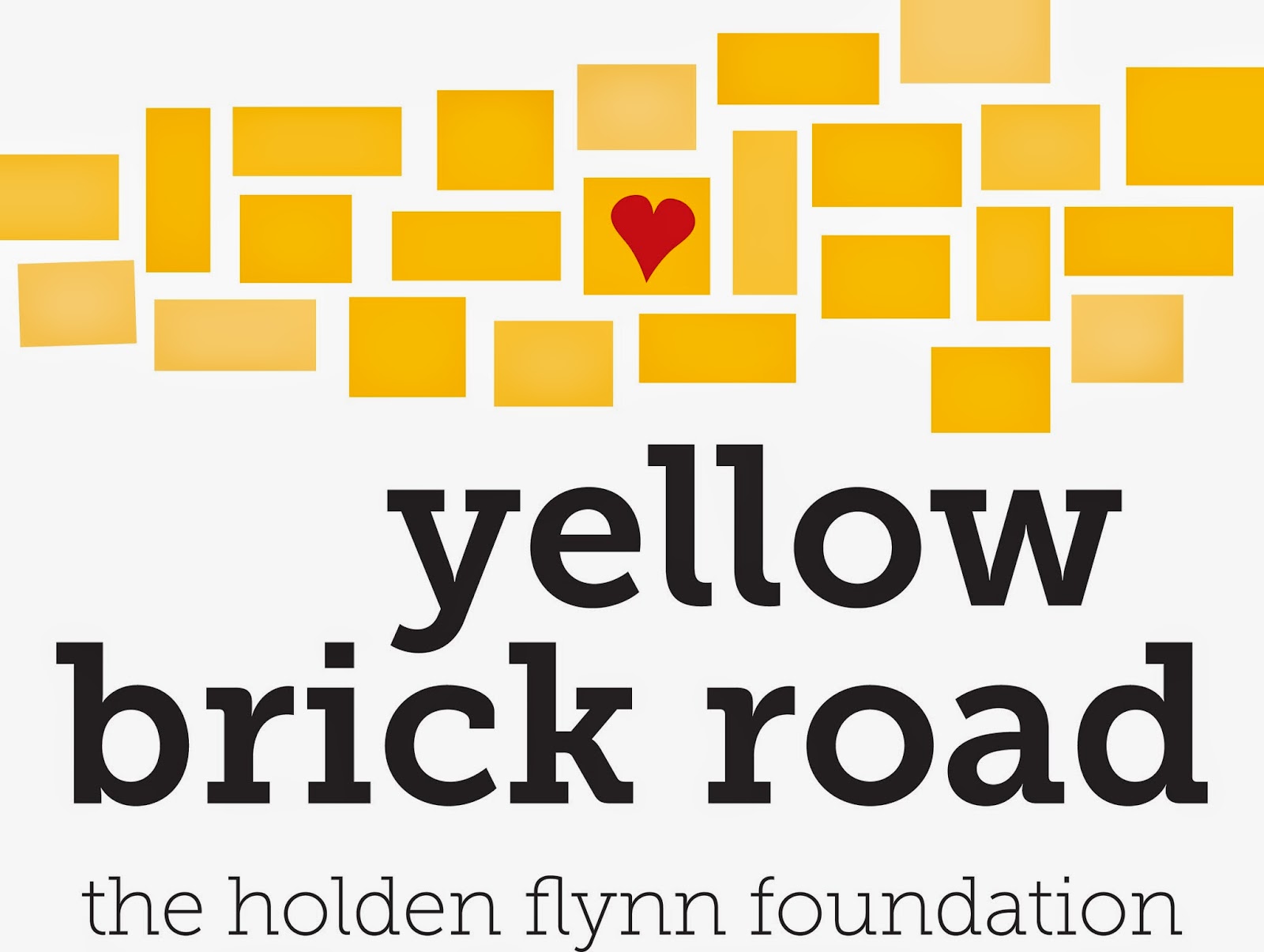 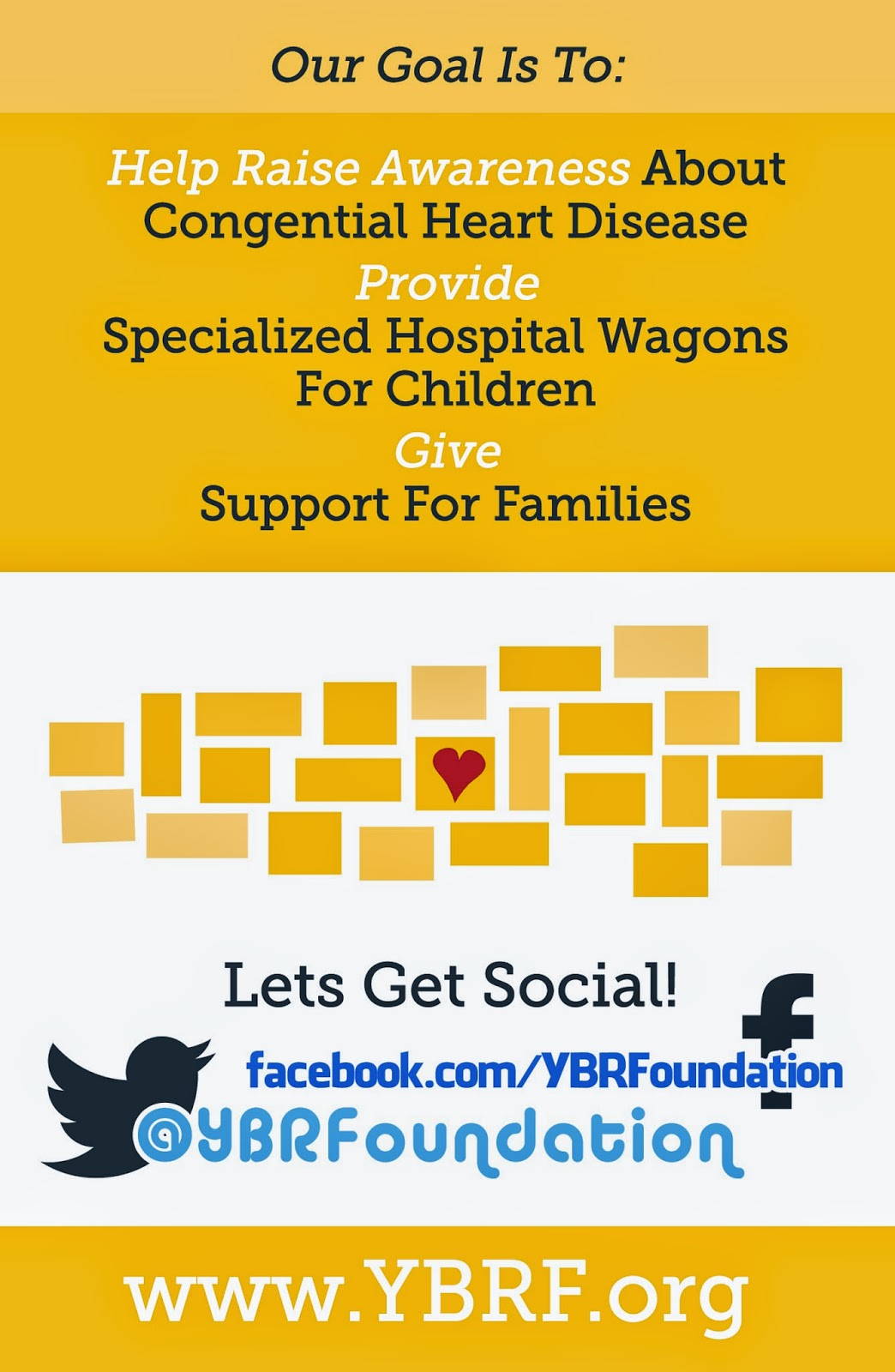 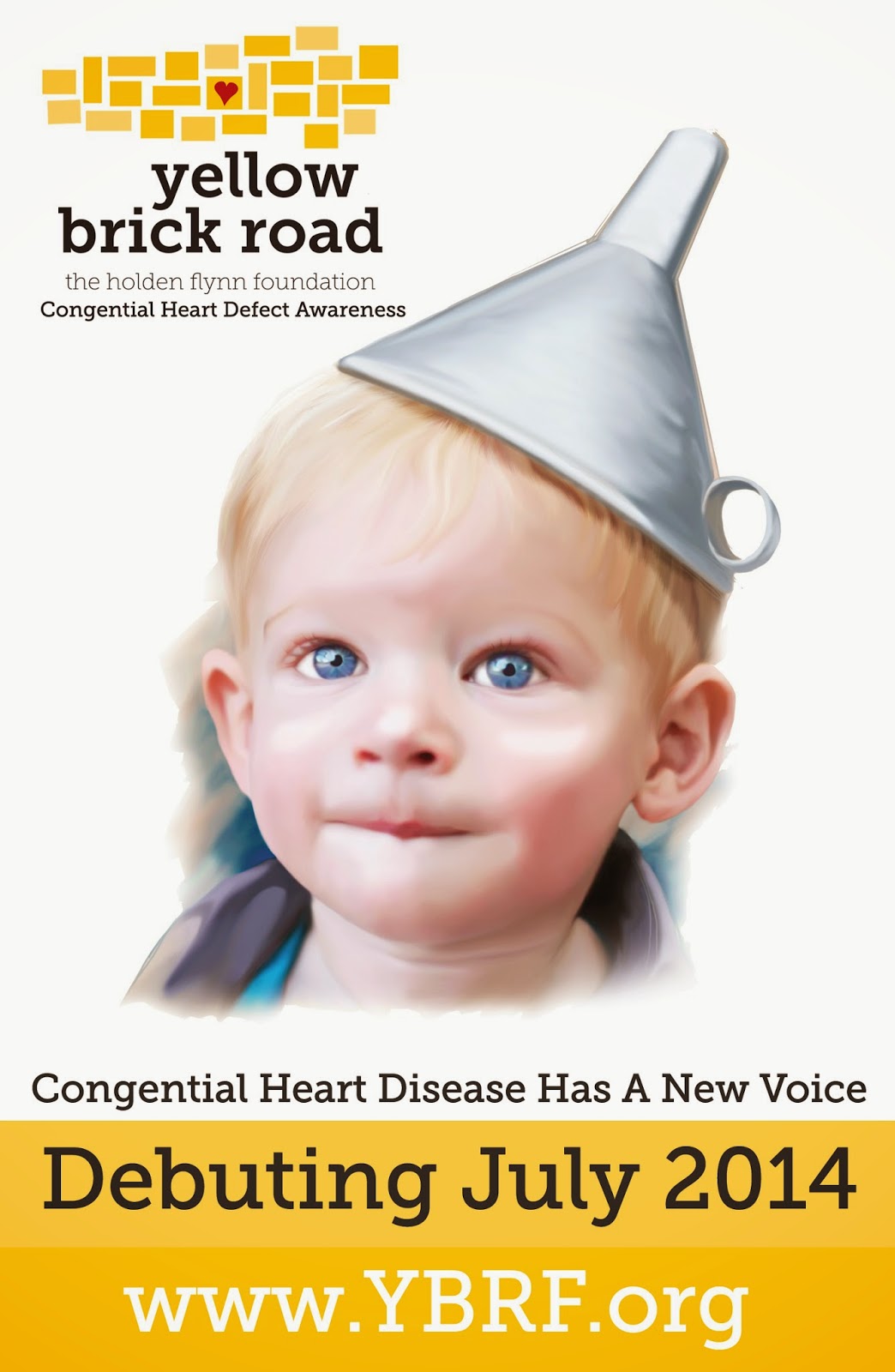 Last Saturday, we were invited out to UCF for their annual Knight-thon Dance Marathon (If you’ll recall, we took Holden out last year). It’s a student run event where young adults shamelessly sacrifice their bodies for 20 hours by continuously standing on their feet to raise money for Children’s Miracle Network Hospitals. It’s undoubtedly a daunting task, one which requires a carefully calculated and balanced regiment of hydration and caffeination. In the end, these students are probably left to be human slugs, pulling together whatever energy they have left and dragging their bodies carefully across campus and into their beds. But it’s all for an awesome cause.


The 2014 event featured around 800 dancers and set a record and raised $392,381.65. It’s something that everyone who participated should be proud of, and we say that having personally witnessed what this money go towards.

That being said, sometimes we forget the impact that Holden had on others' lives, that includes these students. Shortly after Holden’s passing, they reached out to us, sent us cookies, and showed up in droves to his service. When they asked if we’d join them on Saturday, we didn’t hesitate to say yes.

As we got to the arena, we were greeted by a giant heart penned with Holden’s name and covered on hundreds of silver signatures. We walked into the venue, and were approached by several students on the Knight-Thon committee. Each was wearing a red heart with a Tin Man hat, and the name Holden on it. To the side of the dance floor, sat a table of pictures of Holden. The balloon logo? If you look closely you’ll see the word, “Tin Man” placed in it. 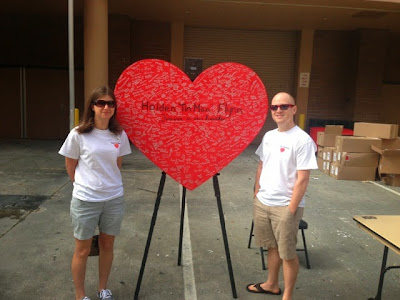 To say it was an emotional moment is an understatement, but it was all so well put together. As Knight-Thon director Chelsea Trynz walked out on the stage to open the event, she was followed with the aforementioned giant heart. She braced the microphone, and began to speak about Holden and his fight. You could tell it was tough for her to do, but she hit a homerun.

When we took the stage, we were so choked up with the kind words that Chelsea had said, that I struggled to throw together complete sentences, and I apologize for that.

Written words make it tough to express our gratitude towards the gestures of Knight-thon…So much work went into not only standing for 20 straight hours and giving up a weekend, but organizing such an event and carrying it through with the success they did. We’ve witnessed the impact that Holden had on their lives, but they’ve had an impact on ours and I know every other Miracle Family feels the same way.

Keep on doing the good deed Knights, and from the bottom of our hearts, thank you.

With the foundation a mere weeks away, we need your help! The (Proposed) Board of Directors for the new foundation is looking for logo ideas. If you're graphically artistic and would like to volunteer to help, we'd love to see what you can do for us. A few things to know:

(1) We welcome all submissions! Any designs submitted will be presented anonymously to the the (Proposed) Board of Directors for voting.

(2) We are looking for a simple design. Someone that can easily become recognizable.

(3) Please remember we are limited by some copyright, designs shouldn't use anything that is the property of another.

(4) The foundation's name is still pending 100% approval (it will likely be granted), but until it's approved we've got to keep it under wraps. Please email me if you are interested in submitting a piece, and we'll let you know all the details. Email - Josephcflynn@gmail.com

(5) Submissions are needed NO LATER than April 20th. 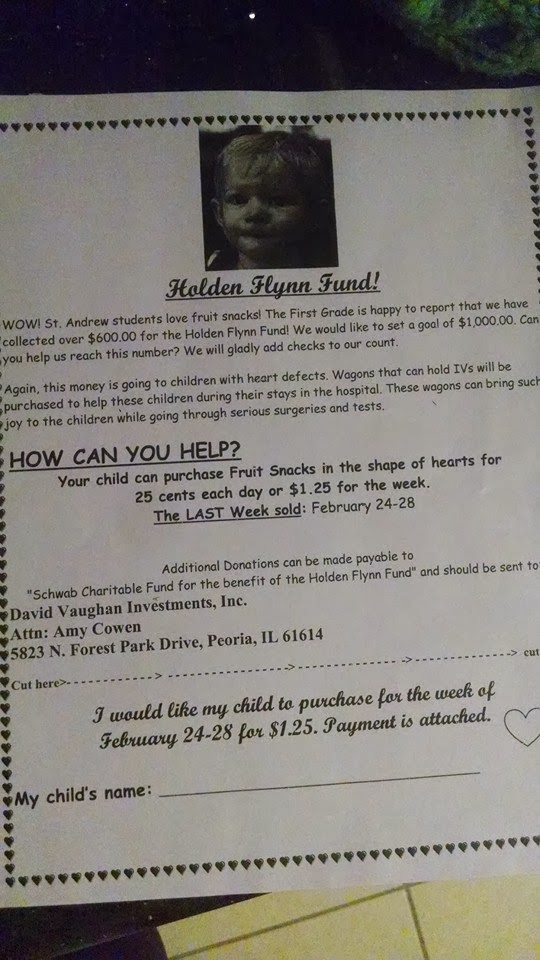 We are forever thankful to everyone who has donated to the Holden Flynn Fund, and as the paperwork is currently pushing through the ringer, we wanted to highlight a certain group of kids.

St. Andrew is a Catholic School here in Orlando that has hosted 3 generations of Trey's family. The first grade class, behind the effort of our cousin Capresse spent all of February selling fruit snacks to the remainder of the school. She made an announcement on Facebook Friday night.

Well, the St. Andrew First Grade classes did it! We raised $1,000.00 for the Holden Flynn Fund! The First Graders will continue to share their hearts in the hopes to fix so many little hearts. 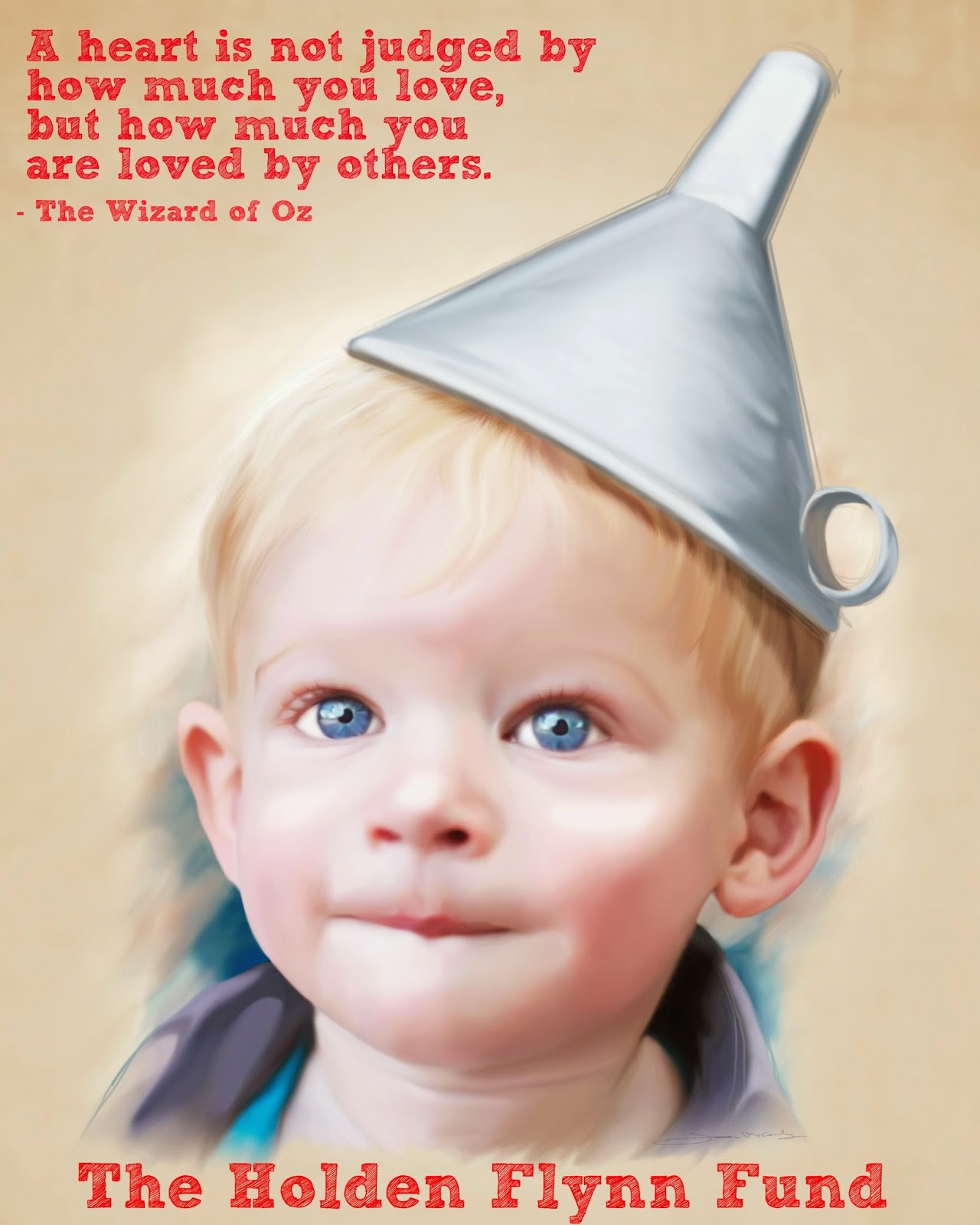